All the precautions for fertilizer application are here to tell you

NPK fertilizer production line manufacturers with more than 20 years of production experience tell you what should be paid attention to in the application process of chemical fertilizer, so as to avoid that fertilizer application does not work in the field.

1. Urea should not be watered immediately after use. Urea is a soluble fertilizer with strong mobility, which is easy to cause loss. After urea is applied to dry land, it is not allowed to water immediately or before heavy rain.

5. Nitrogenous fertilizer should not be applied in rice field. Ammonium carbonate and other nitrate fertilizers dissociate nitrate ions, which are easily leached to the deep soil layer by water in paddy field, resulting in denitrification and nitrogen loss. 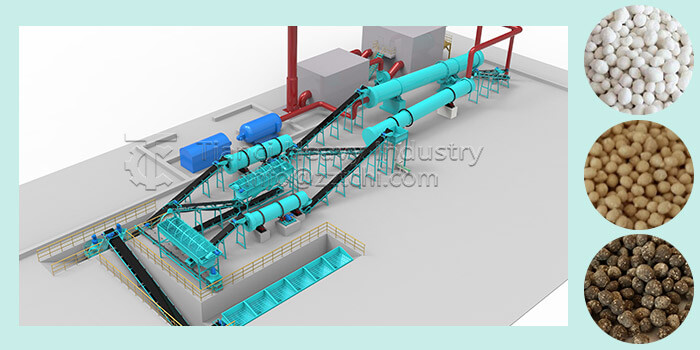 6. Ammonium sulfate should not be used for a long time. Ammonium sulfate is a kind of physiological acid fertilizer, which destroys the physical structure of soil. Long term application in alkaline soil will also make the soil stiff because of the reaction of sulfate ion and calcium in the residual soil.

9. Chlorinated fertilizer should not be used alone for a long time. Long term application of potassium chloride alone will increase the accumulation of chloride ions in the soil, which will lead to the destruction of soil nutrient structure and soil acidification. The quality and quality of sugarcane, beet, watermelon, tobacco and other non chlorine crops will be reduced.