What are the advantages and disadvantages of compound fertilizer granulation process

1. Drum granulator is also called drum granulator. Drum granulator is the most widely used equipment in compound fertilizer production. The main working mode is wet granulation. Through a certain amount of water or steam, the basic fertilizer can be fully chemically reacted after being humidified in the cylinder. Under a certain liquid phase condition, with the help of the rotary movement of the cylinder, the extrusion force between the material particles can be produced to agglomerate into pellets.

2. Spray granulation.
Spraying mostly refers to urea spraying, which is to spray the melted urea to the compound fertilizer granulation unit, so as to reduce the urea crushing link. If the urea plant is connected with the urea pipe, the cost will be saved. The fertilizer dissolves quickly, and most of them are high nitrogen formula with nitrogen more than 20. 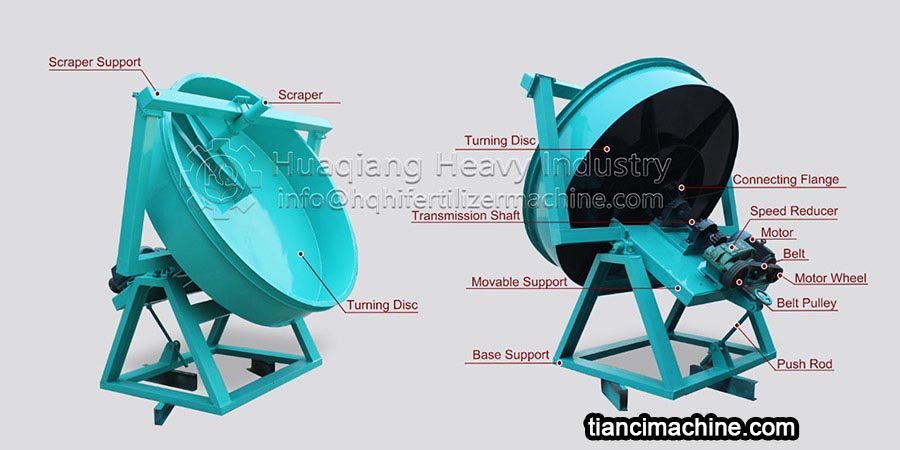 4. Ammoniation granulation
Ammoniation granulation compound fertilizer is produced by ammoniation and secondary dechlorination granulation process. The principle is that potassium chloride and sulfuric acid are added to the reaction tank for heating and reacting under certain conditions. The HCl gas escaped can be absorbed by water to produce hydrochloric acid of certain concentration. The generated potassium bisulfate is mixed with dilute phosphoric acid to form mixed acid. The mixed acid and synthetic ammonia are reacted in a tubular reactor in proportion to produce compound fertilizer slurry, which is directly sprayed into a drum npk fertilizer granulator to produce sulfur based compound fertilizer with a certain proportion of nitrogen, phosphorus and potassium. It has the characteristics of uniform granulation, bright color, stable quality, sufficient nutrients, easy to dissolve and be absorbed by crops, especially as seed fertilizer.

5. Tower granulation
The high tower is to melt the raw material of compound fertilizer at high temperature or turn it into a mixture of molten slurry, which is scattered from high altitude. When it is scattered, the surface tension becomes spherical. Re screening. The particles are not easy to agglomerate because they have little water in the process of high temperature. The materials are fully mixed and the particles are crystal clear. Good looks. The reaction material needs high purity, high concentration formula, and the proportion of urea is relatively high.
Share With: