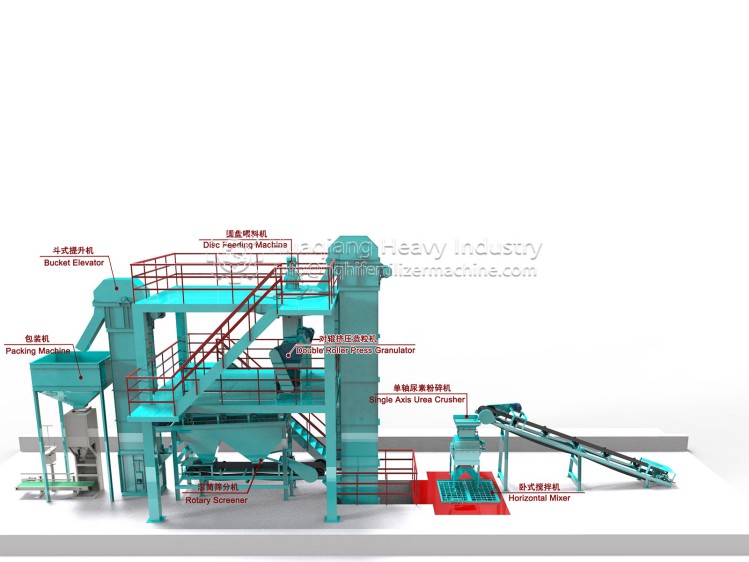 2. Production technology
In the post-treatment of fermentation materials, most enterprises add functional bacteria for compounding and shaping, the product dosage form is mainly dust, but there are also organic fertilizer machines such as rotary drum granulatoror extrusion granulation, so the cost and benefit of making particles will be greater than dust. Particle products overcome the disadvantages of poor appearance and low level of powder products, improve the commodity of products, but also improve the production cost of enterprises, and have a certain impact on the survival of effective bacteria.
3. Bacteria addition in fertilizer production process
Microbial strains are the core of bio organic fertilizer products. In the fertilizer production process, there are generally two links related to the use of microorganisms:
The first is to add the ripening bacteria agent which can promote the decomposition of materials and the function of deodorization in the process of ripening. It is mostly composed of complex bacteria, and the common bacteria are photosynthetic bacteria, lactic acid bacteria, yeast, actinomycete, Penicillium, Trichoderma, etc;
The second is the functional bacteria added after the material is mature, which are mainly nitrogen bacteria, phosphorus dissolving bacteria, silicate bacteria, lactic acid bacteria, Pseudomonas, actinomycetes, etc., and play a specific fertilizer effect in the product. Therefore, for the production of bio organic fertilizer, the screening and use of microbial strains is a core technology. Only by mastering this key technology can we speed up the decomposition and maturity of materials and ensure the application effect of products.
Share With: